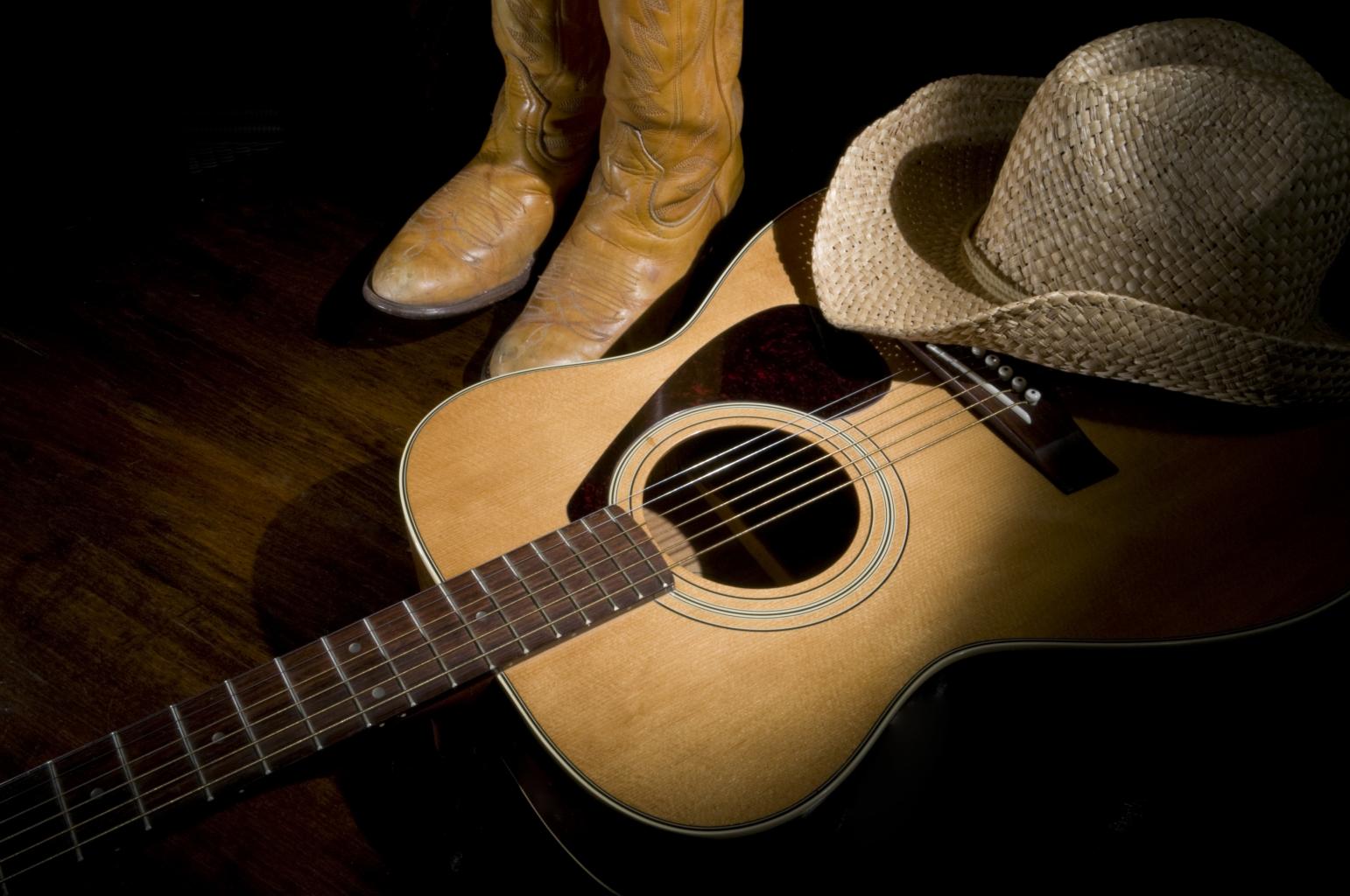 One study, conducted by a University of Sydney professor, titled “Stairway to H*ll: Life and Death in the Pop Music Industry,” examined the deaths of artists which took place between 1950 and June 2014. The study specifically looked at longevity and the proportion of suicides, homicides, and accidental deaths. Longevity was determined by calculating the average age of death for each musician by sex and decade of their death. These averages were then compared with averages by sex and decade for the general U.S. population. The results? Musicians’ lifespans are 25 years shorter.

In fact, Mozart sold the most CDs in 2016, beating out Adele, Drake, and Beyoncé, even though all of those artists had Grammy-winning hits that year.

So, how’d an 18th-century composer sell more than pop music’s greatest names? Well, in October 2016, the Universal Music Group released a box set commemorating the 225th anniversary of Mozart’s death. Each disc included in the box set counted as one CD sold, and each set contained 200 discs. Throw in the proliferation of streaming—which has significantly dampened CD sales—and voila. Plus, the box set itself flew off shelves: As of this writing, there are only four remaining on Amazon ($686).

Singing in a Group Boosts Mood

Multiple studies have been conducted that prove singing as a part of a group provides numerous physical and emotional benefits. Researchers have discovered that singing is soothing and does indeed raise one’s spirits and mood. When you sing with others, the body releases feel-good hormones, like oxytocin, and reduces stress-causing ones, like cortisol.

Some People Feel Nothing Toward Music

Per the results of one study conducted at the University of Barcelona, 5 percent of participants did not feel any emotion whatsoever—didn’t feel any chills or want to tap their feet—when listening to music. Before you start calling these study subjects monsters, know that they’re totally normal in other ways: they received pleasure from other things, like food and sex, and had no other evident psychological issues. These were happy, healthy college students who just naturally did not care for any kind of music.

Research has consistently shown that the synchronization of music with repetitive exercise provides enhanced physical performance, helping people both work out for longer and train more efficiently. In one study, participants who cycled in time to music found that they required 7 percent less oxygen compared to cycling with background (asynchronous) music. In other words, music provides temporal cues that have the potential to make more efficient use of physical energy.

Several free concerts have been reported to have an audience of one million (or more), but such numbers tend to be exaggerated. However, according to Guinness World Records, Rod Stewart’s 1993 New Year’s Eve concert on Copacabana Beach in Rio de Janeiro, Brazil, remains the most-attended free concert that ever took place. An estimated 4.2 million people were in attendance at this performance. The second most-attended free concert was Jean-Michel Jarre’s September 6, 1997, performance at the University of Moscow, which reportedly had an estimated audience of 3.5 million.

In 2014, a group of researchers from The Museum of Science and Industry in England released an online test called “Hooked on Music.“ It contained one thousand quips from pop hits, going all the way back to the 1940s, and it asked 12,000 participants to identify songs as fast as possible. They found that “Wannabe” by The Spice Girls was the catchiest song: people were able to recognize it in about 2.3 seconds, which was way below the 5-second average of identifying other popular songs.

Finland Has the Most Metal Bands Per Capita

Perhaps head-banging an effective way to keep warm. According to a Reddit user who created a map using data from Encyclopedia Metallum’s archive of metal bands, Finland is home to the most bands of this genre, with 53.5 metal bands per 100,000 people. Second place was tied between two other Nordic nations Sweden and Norway (27.2), while Iceland stole third (22.7). Though heavy metal music originated in the United States and the United Kingdom, their numbers for those countries were 5.5 and 5.2, respectively.

An Astronaut Released an Album with All Songs Recorded in Space

In 2015, a Canadian astronaut named Chris Hadfield released his first album, which was entirely recorded while he was in orbit. Not only was he the first Canadian to walk in space, he’s also a talented musician whose went viral with a cover of David Bowie’s “Space Oddity.” Hadfield spent 144 days at the International Space Station recording his 11 original songs for his appropriately-titled album, Space Sessions: Songs for a Tin Can.

According to reports, British naval officers play Britney Spears songs to scare away Somali pirates off of Africa’s eastern coast. Her songs “Oops I Did It Again” and “Baby One More Time” are the songs which are used. The rationale of playing these songs is because, supposedly, Somali pirates have a strong dislike for western culture and music, which make Britney Spears’ songs a perfect fit to make the bandits move on as quickly as possible.

“Jingle Bells” is a Christmas classic, but it didn’t originate that way. Written by James Lord Pierpont and published in 1857, it was meant to be sung during Thanksgiving. The song’s original title was “One Horse Open Sleigh” then it was changed to “Jingle Bells, or the One Horse Open Sleigh” when it was reprinted in 1859. There is a plaque in Medford, Massachusetts, at the former site of a tavern, where the song is said to have been written, in an area where, and an era when, sleigh races were popular.

“I Write the Songs” was made famous by Barry Manilow, but he didn’t write it. The song was written by Bruce Johnston in 1975. The original version was recorded by The Captain & Tennille on their 1975 album Love Will Keep Us Together. The first release as a single was by teen-idol David Cassidy in his 1975 album “The Higher They Climb.” Later that same year, Manilow released his version on his album, Trying to Get the Feeling, and it reached the top of the Billboard music chart in early-1976.

Music Affects Your Perception of the World

A 2011 study conducted at the University of Groningen showed that music not only affects mood, but it has an even more significant effect on perception. Subjects who were tested were influenced by the music they heard, based on what they saw; participants were asked to listen to music and identify corresponding smiley faces. Smiley faces that matched the music were identified much more accurately. And even when no smiley face was shown, the subjects thought they recognized a happy face when listening to happy music, and a sad face when listening to sad music.

A study conducted by South Korean scientists from the National Institute of Agricultural Biotechnology found that plants grow faster when music is played around them. The study used 14 different classical pieces, including Beethoven’s “Moonlight Sonata,” in rice fields. Findings were that the music helped the crops grow at a faster pace, and pointed to evidence that plants have genes which enable them to “hear.”

None of The Beatles Could Read or Write Music

There had been some speculation for decades, but Paul McCartney finally admitted during a 2018 60 Minutes interview that neither he nor any of his Beatles bandmates were able to read or write music, and they never understood music theory. McCartney said that the music just came to him and his bandmates John Lennon, Ringo Starr, and George Harrison, and it was never written down. Clearly, knowledge needn’t beget success.

The Most Expensive Musical Instrument Sold for $15.9 Million

For the past couple of decades, the market for fine Italian string instruments—namely, violins, violas, and cellos—has been hitting the highest notes… in value. In 2011, the “Lady Blunt” Stradivarius violin sold for a world record $15.9 million, which was four times the previous auction record for a Stradivarius. Industry experts put returns on Stradivarius and Guarneri del Gesu violins at about 10 percent to 12 percent annually, which should music to any wise collector’s ears.

In 2013, rock band Metallica achieved a new Guinness World Records title after becoming the first musical act to play a concert on all seven continents. They set this record after performing for 120 scientists and competition winners in a transparent dome at Carlini Station in Antarctica. The band actually held concerts on all seven continents within one calendar year, following tour dates in North America, South America, Europe, Africa, Asia, and Australia.

The “Happy Birthday” Song Brings A Bunch of Royalties

In 1893, the Hill sisters needed a song for their kindergarten class to sing on birthdays. Today, “Happy Birthday” is the most profitable song of all time. The song’s ownership had changed hands a few times over the past 100 years. But music holding company Warner Chappell bought the rights for $15 million in 1990, and have held them since. Today the song brings in $2 million a year in royalties, which comes to $5,000 per day. Another fun fact: the song costs $25,000 to use it in a movie or TV show.

Students who have experience with music performance or taking music appreciation courses score higher on the SAT. One report indicated that they score, on average, 63 points higher on verbal and 44 points higher on math. Music students also tend to show higher self-confidence, are responsible risk-takers, good team players, have increased coordination, are more creative and emotionally developed, and have a healthy sense of achievement.

In 2011, Finnish researchers had developed a groundbreaking new method to study how the brain processes different aspects of music, including rhythm, tonality, and timbre (sound color) in a realistic listening situation. The study was pioneering in that revealed for the first time how wide networks in the brain, including areas responsible for motor actions, emotions, and creativity, are all activated while listening to music. This new method helped better understand the complex dynamics of the brain and the many ways in which music affects us.